Egypt and the evil that is Tavish Scott 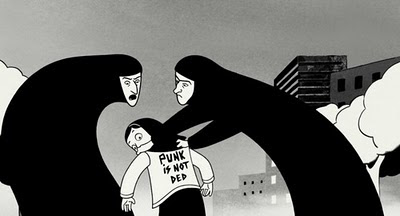 With the saga that is Egypt's current uprising against dictator Mumbarak still playing on our TV screens, English telly has never  been so outward looking. Not since, perhaps pictures of starving Africans were shown 3 decades ago was so much airtime wasted on news that didn't concern Great Britain. Two-faced millionaire Nick Clegg was pleased by this - he described the ongoing battles and deaths as 'exciting'. I somehow suspect that he's never been charged by police on a picket line and I know that his children won't get involved in the kind of gang violence that leaves youngsters dead in the slums that still blight Glasgow.

The situation in Egypt is indeed sad. The loss of human life is not something to celebrate, especially when the chances are that this struggle could all be in vain. As we've seen in the past, religious fascists such as the Taleban, Ayatolla Khomeni or Egypt's Islamic Brotherhood are always willing to step in to fill the void. They are often well enough organised and fuelled up on god-given zeal to complete their mission too. For an account of how Islamic fascists hijacked the mainly socialist revolution in Iran that overthrew a UK-backed dictator, read/ view the graphic novel/ film Persepolis. Here's hoping that Egypt doesn't soon see young Egyptian corpses hanging from lampposts after being found guilty of un-Islamic practises such as being socialist, gay or independently female.


The only thing worse than this would be if Satan-faced non-entity Tavish Scott flew in to Cairo to weasel himself into a 'coalition government'. In the year that sees Scotland's electorate choose a new government we see Scotland's Unionist opposition plumbing new depths in mediocrity. This is even being acknowledged openly in the media. I heard one independent political researcher talking of the choice between Alex Salmond's SNP and the respective parties lead by the limp and uninspiring Iain Gray and Tavish Scott. He observed that even if you didn't agree with Salmond, you could at least recognise that he was fighting for a distinct cause. What are Gray and Scott fighting for? To protect devolution? That's hard to imagine as they seem reluctant to even implement the Calman proposals which they spent our money on researching. It may be mildly interesting to note that 'calman' is Gaelic for pigeon/ dove. I hope then to see Iain Gray later this year puffing out his large grey chest as he strutts around Princes St gardens pecking up crusts thrown by an uninspired public.

But what of Tavish Scott? He of demonic countenance? He is a typical two-faced mealy-moothed Lib Dem. During the snow chaos which hit Scotland, he hit new political heights by calling for the resignation of the Scottish Government's transport minister. When the same chaos hit England a week later, the calls for the Con-Dem counterpart to resign were... not forthcoming. Fancy that! Irrespective of political allegiances though, the word on the street... well from civil servants in the Scots Parliament who have to deal with him, is that Tosspot Scott is an arseloch par excellence, if you don't mind the Franco-Germanic profaning.

Interesting fact and further proof of diabolic status - Tosspot Scott was born on  6 May 1966. Amazing but true - check it out.

NUDGE NUDGE WINK WINK was the title of an article in todays Sunday Mail by Mark Aitken on the dire performance of the present Secretary of State for Scotland. I cannot find it on their web site to link to it so will type it up instead.

"SCOTS secretary Michael Moore did not say a single word during a crucial two hour summit, we can reveal.
The Lib Dem MP stayed silent during the meeting with leaders of the devolved parliaments in Scotland, Wales and Northern Ireland.
First Minister Alex Salmond was at the talks in Whitehall on Wedensday.
The meeting chaired by Nick clegg, included discussions on fuel prices, welfare reform, the economy, and Scotlands threeatened RAF bases. But insiders say Moore, MP for Berwickshire, Roxburgh, and Selkirk, failed to contribute-even when the devastating effects of air base closures was discussed.
A senior Whitehall source said:"Hugely important issues for Scotland were discussed, but Michael Moore had nothing to say."
SNP MP Angus MacNeil said:"He might be an accidental Scottish Secretary but Moore needs to step up to the mark and start taking responsibility for Scotland. When he should have been calling for investment in Scotland he was as silent as a Callanish stone." A Scotland office spokesman yesterday admitted Moore was silent but insisted he remained "fully active across government on all Scottish issues." END.


If that is Moores definition of remaining fully active on all Scottish issues then God help us all. To me that article epitomises all that is wrong with this Union and Scotland's subservient place in it. Once these Unionist politicians are exposed to the democratic deficit that they can see exists in Westminster for the smaller nations of the unequal Union, they appear to become star struck and impotent with fear. The Scottish Office is no more than a propaganda unit as revealed in the latest Wiki leaks tiny.cc/pdqdy documents that show how Murphy used it for his own political ends, ably assisted by one Mr Middleton a civil servant who should be sacked in my humble opinion.

tiny.cc/wxhbr
Critics demand Scotland Office is scrapped TWENTY staff are employed at the £6million-a-year Scotland Office to cope with just three letters a day. The astonishing revelation sparked calls for it to be scrapped as an irrelevant waste of cash. The Scotland Office occupies plush Dover House in Whitehall and is supposed to look after our interests down south. But its role has shrunk dramatically since devolution in 1999. We can reveal 20 staff employed to deal with mail replied to 1252 letters in 2006-2007 - just over one per member of staff every week. The letter scandal follows a series of damning reports on money-wasting at the department. Its 50 staff, who work between Edinburgh and Dover House, claimed £75,000 hotel expenses last year and another £8000 on hiring plants. Matthew Elliot, of the Taxpayers' Alliance, said: "These figures show how little work the Scotland Office is doing at the same time as it is costing taxpayers an extortionate amount.

It was very evident in the 80s and early 90s how powerless and useless our so called Labour MPs were then as Thatcher raked her spurs along the flanks of Scotland. The only time the "feeble fifty" Labour MPs did anything of significance in Westminster during that time was when the disbandment of Strathclyde region was announced, the Labour MPs walked out in protest with Dewar assaulting the mace. The present holders of the Labour flag are even worse if that were possible.