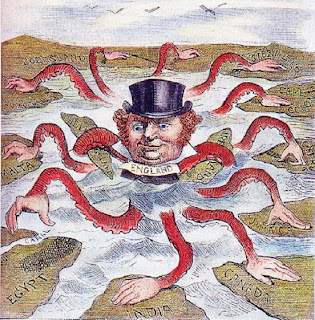 Amazing but true... London BBC plumbs new depths in insularity in their coverage of the impending nuclear crisis in tsunami-hit Japan. While helicopters hover over the stricken countryside, our well-spoken English correspondent tells us that one of the main problems in gaining information from the local populace is that they are... Japanese speaking. And thus, the navel-gazers of Englandshire are rocked by a quake of higher magnitude that than which hit Japan - these people actually exist without the English language!

While David Attenborough extols the wonders of Madagascar's flora and fauna it seems as if the BBC has sent Germano-Hellenic Prince Philip to marvel at the plight of those yellow and slanty eyed foreigners.


And then, the Beeb's helicopter returned to more urban areas where islands of Engerlish are often to be found. As people stuck on top of buildings and bridges signalled their need for rescue, the camera crews of the British Broadcasting Corporation had another priority - film first, rescue later, all the while hoping that it doesn't overshadow news of the royal wedding. But while we Brits were reassured that we are too clever to learn others' languages we at least were able to identify language as one of the cultural markers which differentiates Japan from Engerland.

Meanwhile, back in yon green and pleasant land, a nation of Daily Mail readers awaited their next visual feast amid dire warnings that a Scottish media service would be... 'narrow and insular'.
Sgrìobhte leis MacNaBracha at 12:12 PM

As someone living in Japan, I am disgusted at the EBC for sending journos who cannot speak the lingo into a disaster area. (My Japanese is rubbish too but that's my problem). We are relatively lucky as we only suffered a power cut but no damage. Ten people were killed in this area by tsunamis but we are a bit further inland and escaped any damage at all. It was the strongest and longest lasting earthquake I have ever experienced in Japan and it has made me much more nervous about them as previous shocks have been minor and easily dismissed as a novelty by someone from a quake free country.
Slainte!

Very interesting. All the best with the rescue and relief efforts.

Let's look at something perfectly innocent and find something to criticise so it fit's my agenda.

You may slag off the Daily Mail, but you both have the above philosophy in common.

Let's look at something tragic and superimpose our Anglo-centric ignorance over it? Perhaps the Japanese have more pressing issues than getting out their English phrase books for ignorant British journos?

As to agendas - what is mine?

Btw, I liked the Evo Morales piece on your own blog.

haha forgot i even did that blog, must have signed me in automatically or something!

i wasn't referring to your agenda mac an t-sronaich, just that of the author and that of the daily mail.

but, as someone who lives in Scotland, I get to read and hear endless shite from Scottish nationalists who invariably twist everything into being part of some English conspiracy. And the sheer ignorance of them all astounds me.

Suggesting that the BBC sent Prince Phillip anywhere is irrelevant and quite frankly poor journalism - simply an excuse to fit in something vaguely satirical about a fairly easy target (and no I'm not defending the Duke).

Then we're told that it's the Beeb's helicopter which in all likelihood it is not, because all of the world's news agencies will have bought the same pictures from Japanese emergency services/ local news teams.

What would be the point in a Scottish media service? If you want private competition for BBC Scotland then that's up for some entrepreneurial genius to finance one. If you want a public one, then enjoy paying on top of your license fee for more of what you get already.

What's the agenda? It's the "I'm Scottish, tha Gaidhlig agam, I didn't go to private school (see Top Gear article), and so I have a massive chip on my shoulder as the big bad wolf in London hates Scots, Gaels and commoners."

The sooner Scots accept that London (population 8-12 million) has a much louder voice than Scotland (population 5 million), the better. That's not anglo-centric anything. It's pure maths, and pure democracy.

And as soon as they accept that 'nation' is just an imagined idea, and that working class Scots have almost everything in common with working class English, the better.

Nationalism is nothing more than a distraction for the masses to take their mind off proper socialism.

Will address your points briefly, hopefully...
- the BBC is generally good and something I support. The tone of the English media in general is one of navel gazing and anti-European ignorance. My German partner often comments on this. If the Germans and French can comment on each others' affairs and broadcaster each others' programs (dramas etc) on their channels then why can't the English/ British? The closest to this I've seen is the airing of 'The Killing' in its original Danish language on BBC 4. Other than that, only BBC Alba's Eorpa covers European affairs in depth - a multi-lingual window on the world produced by Gaelic speaking Scots for all of Scotland.
- As to Prince Philip - poor journalism or a joke?
- If Scotland is a nation, then why shouldn't it have a national broadcasting service? We do have BBC Alba though which goes some way towards this.
- As to London - your point illustrates our frustration perfectly. He who speaks loudest must be right. Fortunately for the people of Norway - their government and society in general takes a more egalitarian approach to the benefit of all in Norway - see other posts on this.
- Nationalism. If you accept the existence of the UK, then you too must be a nationalist. I'm not party political but I think that Scottish independence modelled on the progressive socialism of Norway would benefit Scotland. 300 years of the Union has done nothing for Scotland's poorest. This is not an anti-English statement - I think most Scots nationalists have moved beyond remembering Bannockburn just like most Irish don't need to crow about 1916 and the Norse don't hate the Swedish. Nationalism too worked very well for Mandela and the Sandinistas and has been supported by socialists such as Connolly, MacLean and Larkin.

Small can be beautiful and a power for good and diversity makes life interesting.

Nationalism is nothing more than a "distraction for the masses to take their mind off proper socialism." - I suggest you read what Marx says about the Highland Clearances in Das Kapital, and what Engels said about the destruction of Gaelic society by the British state. These are the bits that the Brit Left never reads.